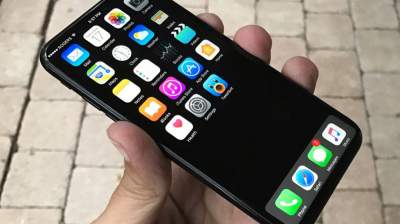 After the launch event of the Galaxy Note 8, which impressed many fans of the brand around the world with their innovations, now we are waiting for the next major release of the year: the iPhone 8.

In this case, by the time Apple's competitors are able to catch up (which could be a matter of multiple years), Apple is already on to the next big thing for the iPhone.

One product that will be updated at the September 12 iPhone 8 event, though, is the HomePod, Apple's forthcoming home speaker system.

The rumored slower speed and Made for iPhone license requirement for the iPhone 8's wireless charging feature hopefully do not turn out to be true upon the smartphone's unveiling next month.

The iPhone 8 is probably going to be the highlight of the event, but Apple will likely introduce other new gadgets, too.

Apple iPhone 8 will continue with the dual rear camera at the back, though this could be vertical, rather than horizontally as seen on the iPhone 7 Plus. The rumor mills have also been speculating a facial recognition feature that would help users unlock their phones faster than the TouchID.

One of the new models is rumored to have a next-generation OLED screen that covers almost the entire front of the phone.

Notably, Apple is aiming to use the new 1,000-seat Steve Jobs Theater for the event; however, construction isn't finished yet and this could affect the timing or location of the event. AR will be supported by the iPad and iPhone, and developers are using an Apple technology called ARKit to create new apps that will debut in September. Multiple sources expect the phone to have an "edge-to-edge diesgn", meaning the phone's screen would capture the entire device's width.

In other Apple news, insider Luca Maestri sold 4,757 shares of the stock in a transaction that occurred on Friday, June 2nd. This emans that where the iPhone 7 has a 1,960 mAh battery, and the 7 Plus has a 2,900 mAh battery, the iPhone 8 could ship with a 2,700 mAh battery.

Apple is expected to offer the iPhone 8 in black, silver, and gold (copper?) colors and 64GB, 256GB, and 512GB storage capacities, all with 3G of RAM. The iPhone 8-the handset that will commemorate the 10th anniversary of the very first iPhone-is slated to launch sometime this fall.