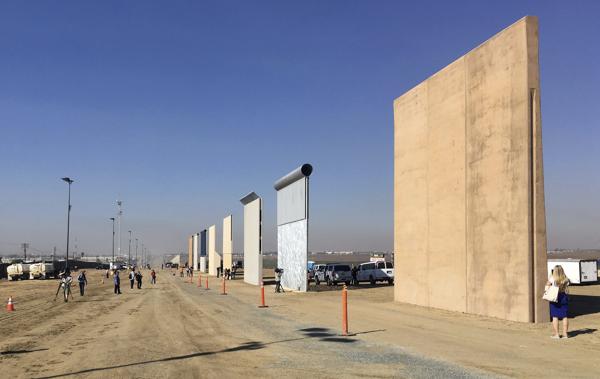 A card-game company says it has bought acres of land at the US-Mexico border so that Donald Trump can not build a border wall-one of the US President's election promises.

In a mockumentary-style promotional video called "Cards Again Humanity Saves America", the company explained what it hopes to accomplish.

As a holiday promotion, they asked people to pay $15 to receive six surprises in December relating to the project.

It is already sold out, less than 24 hours after going on sale.

The makers behind the hit game Cards Against Humanity - which famously bills itself as a "party game for disgusting people", - has chose to go political with it's latest promotional stunt. The first of those surprises will include a map of the vacant plot on the border, some new cards for the game, and other goodies.

Check out their promo video below.

"It's 2017 and the government is being run by a toilet", starts the company's page dedicated to offering Americans the chance to change history or would it?

The makers of the popular game Cards Against Humanity said they will prevent President Trump's proposed wall by purchasing property along the USA and Mexico border. WHY DON'T YOU JUST STICK TO CARD GAMES?A: Why don't you stick to seeing how many Hot Wheels cars you can fit up your [expletive]?

"Donald Trump is a preposterous golem who is afraid of Mexicans", the proudly politically incorrect game-makers wrote on the company's website.

It seems Cards Against Humanity understands eminent domain laws, and therefore, realizes it will not actually prevent the building of the wall if the government chooses to go through with Trump's plans.

Prototypes of the wall have already been built near San Diego, while opponents have exhausted to sue to prevent is construction.

As for exactly what buyers' "six surprises" will be, Cards Against Humanity has dropped a few hints.