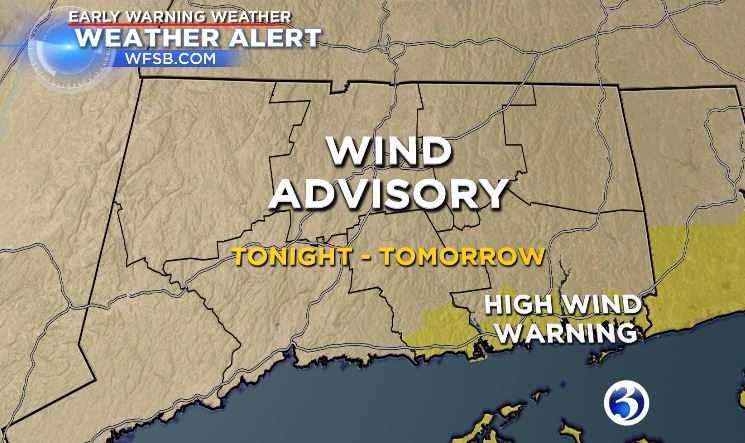 If you are driving Wednesday, leave a little later in the morning when temperatures rise above freezing. Up to a quarter-inch of rain is possible. It'll be clear at night with lows of 15 to 25 degrees and southwest winds of 10 to 15 miles per hour.

MONDAY NIGHT: Mostly clear skies and cold temperatures linger, with a low temperature of 34 degrees. Still, a few spots may have seen some sleet briefly mixed with rain early on but it certainly didn't accumulate. From Trenton down through the Delaware Valley and points south where the rain held off a bit longer, temperatures were able to top out at or above 50. Lows that night will drift into the 30s. Rain spreads across the area as early as 8am in our western counties. Scattered rain is possible in western New England by late afternoon, but the bulk of the rain with embedded downpours holds off until overnight and into the first half of Sunday. We realize this a big travel day so stay tuned as we work on getting in the details for that part of the forecast.

A cloudy, warm and windy night is in store as we await the approach of a cold front. Winds could gust as high as 20-40 miles per hour (This could prompt a Wind Advisory to be issued for the majority of the day on Saturday).

Strong winds from this morning will stick around for the entire day. Winds become gusty at 40mph at times make readings in the 40s feel much colder. Highs will be in the 30s to low 40s, with west wind between 10-20mph.

However, warmer weather arrives on Monday as we climb up into the mid 50s! Saturday should bring patches of morning fog but then partly sunny skies and highs around 50. Northwest wind 5 to 10 miles per hour. With the clouds clearing, that will allow temperatures to quickly fall. Mostly sunny conditions will go along with mild temperatures primarily in the 50s. Temperatures could get cold enough behind the front for some snow to mix in for areas near the Kansas-Nebraska border. Otherwise, mostly cloudy, with a low around 35. Mostly cloudy, with a low around 25.