Tristan Thompson and Draymond Green Made Peace After Altercation 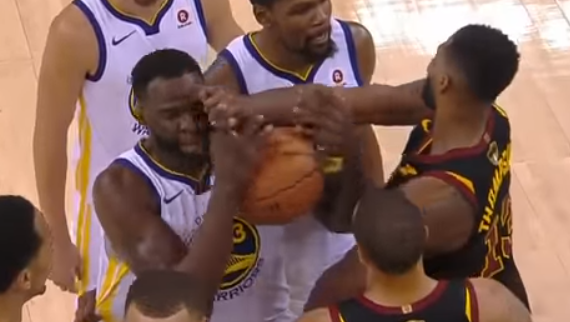 "I've enjoyed y'all stories and talk shows over the last couple days", Draymond said on Instagram, of course talking about the rumors that he and Tristan Thompson got into a fight in Los Angeles after the ESPYs a few weeks ago.

Meanwhile, Bleacher Report reveals that many fans were thrilled to hear that Tristan Thompson punched Draymond Green, as the Warriors' big man is among one of the most hated in the National Basketball Association.

It was a face mush, another source described it.

Below is an account of what supposedly happened that night. TT said "nah man" and Draymond tried again, "come on, I didn't mean it" and then WHAP, Tristan leveled him with a punch. "To honesty land", one person wrote in response, while another social media user replied, "The land of the faithful and loyal tristan, that's where she wanna go" (via Page Six).

"Draymond Green was not the aggressor, he was trying to make peace". According to Jason McIntyre of Fox Sports Radio, Thompson felt embarrassed by what transpired at the end of the Finals and made his feelings known.

The two were quickly separated with James and Kevin Durant among the ones to intervene.

Thompson apparently had enough of Green by the time of the ESPY's after-party, which took place on July 18, and punched the obnoxious Green.

The beef started between the players during Game 1 of the Finals, when Thompson shoved the ball into Green's face after the Green was taunting him. Both teams got a little rowdy, but no major fights broke out. During the series, Green offered to "meet Thompson in the streets any day". The Warriors won, 124-114, and went on to sweep the Cavaliers.

With that being said, it's no secret that Green isn't a Cleveland fan favorite, which is why the parade is being planned.