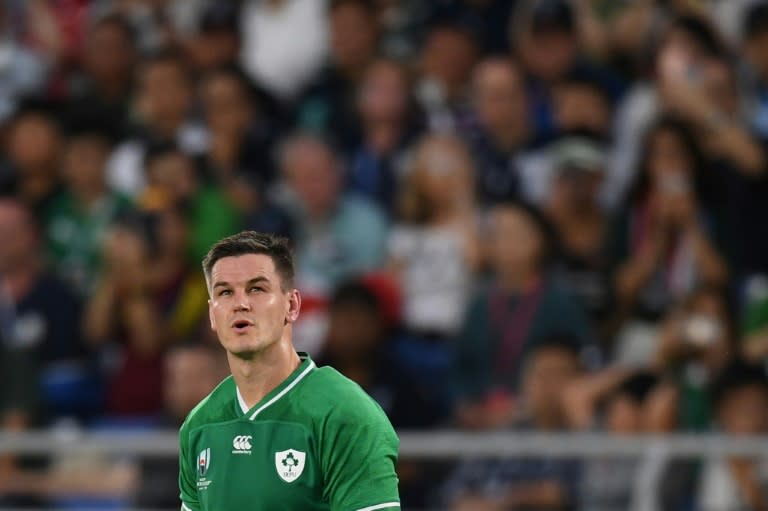 Samoa's Dwayne Polotaivao runs at the Russian defence during a Rugby World Cup game between Russia and Samoa at Kumagaya Rugby Stadium in Kumagaya City, Japan, on September 24, 2019.

"But there were other things we didn't do well either in the game so we can't narrow it down to just kicking".

"It affected us tactically and mentally", said the Welshman.

That reverse left Scotland needing to win their three remaining group matches against Samoa, Russia and Japan in order to reach the quarter-finals.

After going at Japan hard in the tournament's opening game and giving the hosts a scare in the process, Russian Federation set out with the same gameplan and again found themselves in the lead early on in front of a crowd packed with enthusiastic local fans.

It's the only game on Day 5 of the tournament. Nevertheless, Russia failed to capitalise on the numerical advantage as the teams headed into the break separated by just one point.

"To lose two players, go down to 13 men and we didn't lose on the score, [I'm] really proud of the effort", Samoa coach Steve Jackson said. Scott Barrett's red card in the first Bledisloe Cup Test earlier this year is an example and Hodge was only metres away when it happened.

It played with magnificent discipline and organization to exploit Fiji's errors and lead through most of the first half after conceding an opening try after only eight minutes.

Fortunate to still be involved in the game, Lee-Lo made up for his yellow by adding Samoa's fifth try, before Leiua added the icing on the cake just before the buzzer.

Ireland, who have never progressed beyond the World Cup quarter-finals, will be firm favourites to beat the Japanese, who thrashed Russian Federation 30-10 in the tournament opener.

Uruguay scored only two tries in the whole of the 2015 World Cup but they had three by half-time in Kamaishi as they put the wretched Fijians to the sword.

Rugby union's governing body issued a statement after match officials came under fire during the first round of pool fixtures in Japan.