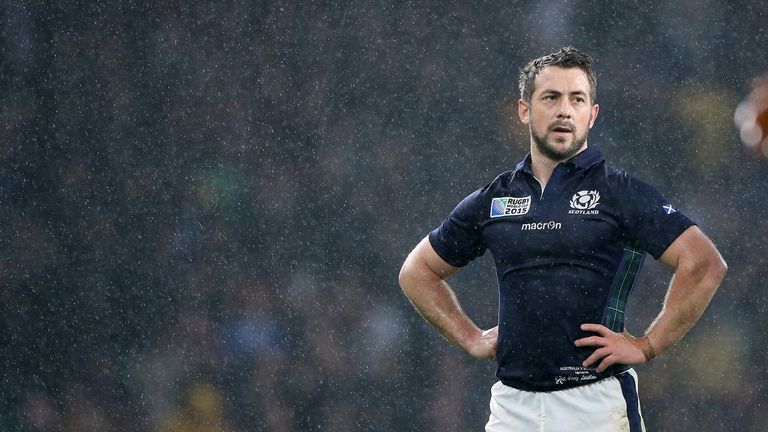 Maitland and Greig Laidlaw crossed in the opening half before two penalty tries as well as seven points from the boot of Laidlaw and a stunning drop goal from Hogg.

"They'll see us as like a wounded animal after that Ireland game and they are going to come at us", said Scotland strength and conditioning coach Sean Lamont. "A point to prove, yes, but we have to put in big performances against Samoa, Russia and Japan, and then let's see where that takes us". "It means we're still in this World Cup", said Scotland coach Townsend.

"You have to play the full 80 to get the bonus point".

The Scots started their Pool A campaign with a desperately disappointing 27-3 loss to old rivals Ireland, in a match where they outplayed in all departments.

But Townsend's team roared back into contention for the last eight with a gutsy display as they beat Samoa 34-0 at Kobe's Misaki Stadium.

In the error-strewn early exchanges, the biggest cheers went to a spectator playing the bagpipes, a traditional Scottish instrument.

But Townsend insists his team would still have had to topple their three final group opponents even if they had managed to upset Schmidt's side in Yokohama last week.

As many as three cross kicks were involved in the Scots' opening try, after which Sean Maitland collected an accurate kick from Finn Russell and did the necessary with 30 minutes played.

Russell made a darting break before finding the recalled Jamie Ritchie. Ritchie fed Laidlaw, who bounced out of Tim Nanai-Williams' attempted tackle and ran away.

A classy, long-range drop goal from Stuart Hogg added further salt to Samoa's wounds before the stroke of halftime as Scotland piled on 17 points in 10 minutes.

It was Scotland's first drop goal in an global since Duncan Weir's match-winner against Italy in March 2014. Because this is a match that Scotland, humbled by the Irish in their first outing of the World Cup, can not afford to lose.

-Samoa losing their discipline in the second half as Scotland are awarded a penalty try.

They did all that and more against a side who have traditionally given them problems.

Scotland pushed hard for a bonus point throughout the second period and was rewarded with a penalty try on 57 minutes when Fidow prevented Fraser Brown going over from a driving maul.

"But the reality is we do care, but we can't stay in our rooms and just do nothing because that would be ridiculous and not good for the culture and the boys have got to move on".

"I was very impressed by the Japanese side, I thought they played exceptionally well and deserved to win", he mentioned.