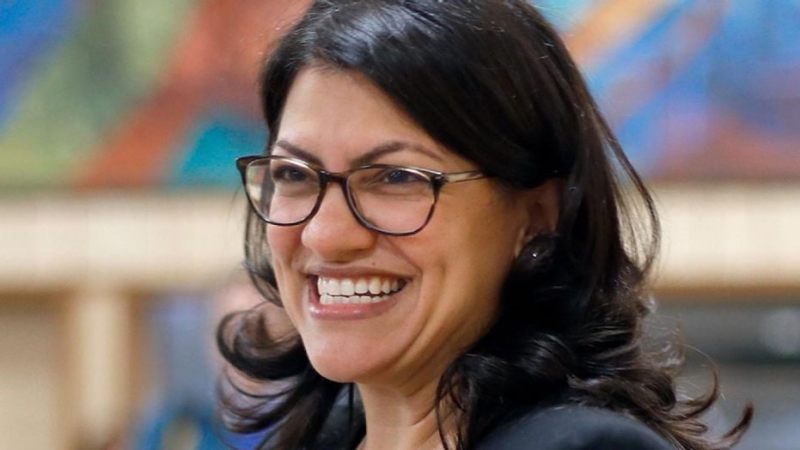 "There we go. I was gonna say - a hater by the name of Hillary Clinton - we calling names out here", Langford corrected.

She also said she hoped that Democrats wouldn't try to stop Sanders by using party rules, noting how it could harm voter enthusiasm.

When asked how the group felt about Clinton's recent criticism of Sanders, the crowd proceeded to boo.

'However I know what is stake if we don't unify over one candidate to beat Trump and I intend to do everything possible to ensure that Trump does not win in 2020, ' she continued. She explained on Twitter,"In this example, I enabled my disappointment with Secretary Clinton's latest remarks about Senator Sanders and his fans get the best of me".

"For Democrats to win, the election must be a referendum on Trump and not a debate about socialism", longtime Democratic donor Michael Kempner told the Post.

Their action was laughed at by the audience and by their colleagues, representatives Ilhan Omar (D-MN) and Pramila Jayapal (D-WA).

In case you were wondering how big a role marijuana will play in the upcoming political season, take a look at Democratic 2020 candidate Sen.

During the discussion, panel moderator Dionna Langford, the co-chair Sanders' campaign in Iowa, noted that Clinton recently claimed in a much-discussed interview with The Hollywood Reporter that "nobody likes" Sanders, and that the Democratic presidential candidate "got nothing done" in Congress.

"We as a party, to win Arizona, to win Wisconsin, to win in MI and Pennsylvania, and to be viable in North Carolina, need a candidate who moves those swing moderate voters", Emanuel said. We're not going to boo, ' she said. "You all know I can't be quiet", she said. She said her disappointment "got the better of her". Nobody likes him, nobody wants to work with him, he didn't do anything. This protects me about it, "she said". He was a career politician. Iowa's first-in-the-nation caucuses will be held on February 3. Senator Sanders is the frontrunner, with a small lead in advance of his local competitor, previous Vice President Joe Biden.

Sanders has earnestly tried to quell intra-party division in other ways, too, describing many of his fellow Democratic presidential rivals as his longtime friends who are "good people".

Axios reported that "an interviewer at the poll's call center increased the font size of the questionnaire on their screen so much that the bottom choice (which rotated between calls) wasn't visible", referring to an unidentified "CNN source".