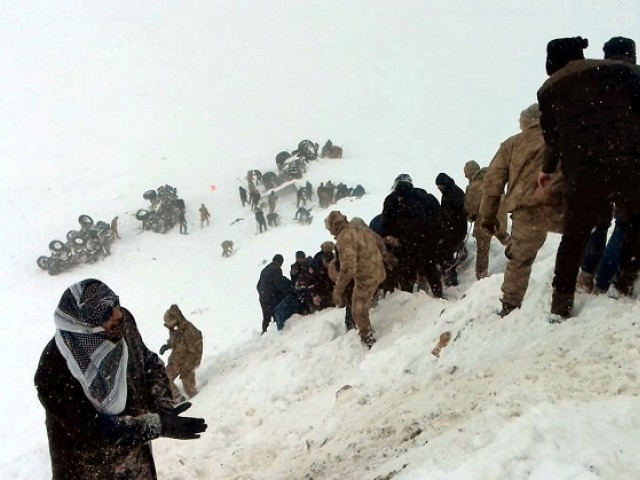 Rescue workers were today searching for those two missing people, hampered by fog and snow, when they were hit by the second avalanche.

Emergency service members dig in the snow around at least three overturned vehicles, near the town of Bahcesehir, in Van province, eastern Turkey, Wednesday, Feb. 5, 2020.

A major rescue operation is under way after two avalanches hit the same location in eastern Turkey, trapping a team of rescue workers dispatched to deal with the initial avalanche.

Death toll rose to 33 after rescue workers were buried under an avalanche in eastern Turkey, authorities said on Wednesday.

That prompted the country to bring in about 300 emergency service workers to help search for victims in the snow, which buried a snow-clearing vehicle and a minibus, among other things.

"I was halfway buried in snow", he said.

The avalanche struck the vehicles in Bahcesaray district along the Van-Bahcesaray highway while the vehicle was clearing snow near Karabet Mountain Pass at an altitude of 3,000 metres. With seven people rescued, two people were still missing.

State broadcaster TRT said a blizzard was forecast for the area, making further rescue efforts challenging and treacherous into the evening.