Coronavirus outbreak: 'This is not a provincial shutdown', Ford says 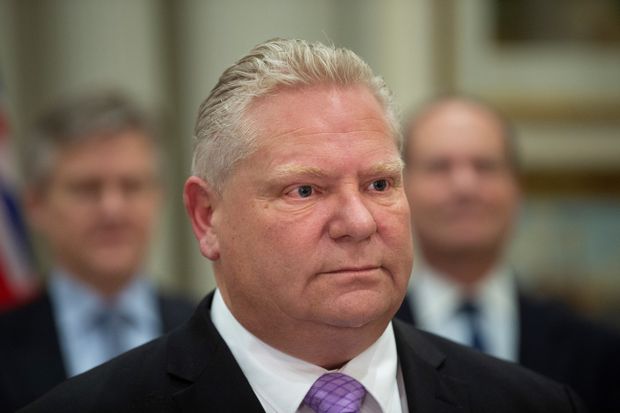 Ontario has recorded its first presumptive death from COVID-19, the province confirmed Tuesday.

Ford said repeatedly that they didn't make the decision lightly.

Ford announced during a meeting on Tuesday, March 17, 2020, that his latest order would shutdown organized public events over 50 people, including places of worship. "The vast majority of businesses, including those most vital to day-to-day life, will not be affected by this order". However, grocery stores and drug stores will remain open and transit services will continue.

Most cases came to Ontario through travellers who had been to China, Iran, Italy, Egypt and other countries, with a rising number coming from the neighbouring United States - which associate chief medical officer of health Dr. Barbara Yaffe said is a "concern".

At a time when clear communication is crucial, Ontario residents have been getting mixed messages from politicians and public health officials about the novel coronavirus.

Ontario's morning count included five cases in Hamilton, but did not include a separate positive case confirmed in Waterloo Region and three in the Kingston area.

Premier Ford also announced that Ontario's previously-announced COVID-19 contingency fund would be bolstered by additional federal funding and is now worth $304 million, up from its intial amount of $100 million. Travis Kann says the man himself wasn't a confirmed case before he died, rather he was under investigation for the virus.

The Chief Medical Officer of Health in Ontario is reporting a death in Ontario that is potentially linked to COVID-19.

Finance Minister Rod Phillips said the government would no longer issue a full budget as planned in March 25, but would instead release an economic update that would include added health spending to combat COVID-19.

At a news conference on Monday, Ford and several ministers outlined impending legislation to ban employers from demanding sick notes for those in self-isolation or quarantine because of COVID-19.

For the three million Canadians overseas, Trudeau said the government is "looking at every possible way" of bringing them home. "We are also initiating further discussions with our nursing partners to ensure there are Telehealth resources in place moving forward as COVID-19 continues to evolve".