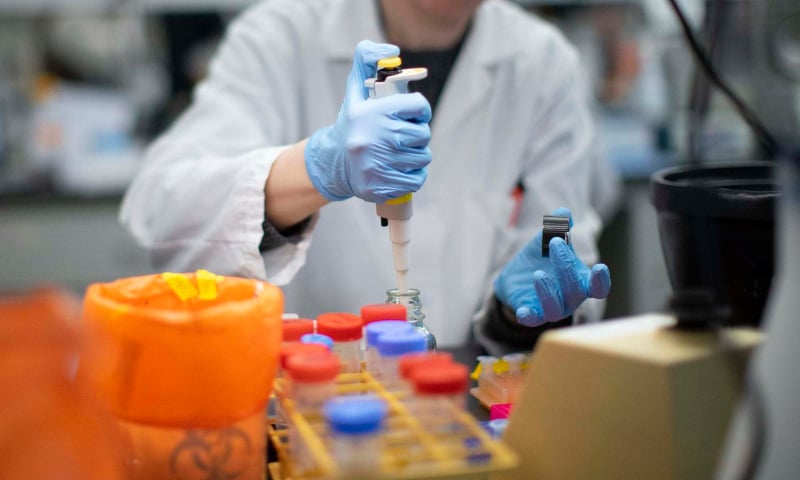 If those trials go well, a vaccine could become available for widespread use by the end of this year or early 2021, said Dr Tal Zaks, Moderna's chief medical officer.

Speculation in shares of companies developing therapies for COVID-19 has gotten so rampant that it doesn't take much news to cause dramatic moves in stock prices. Scientists at NIAID made the vaccine's construct, or prototype, and the agency is running the Phase 1 trial.

The next phase will involve 600 volunteers and may expand to 1,000 in July. Per the New York Times, older volunteer groups will be getting test doses of the virus as part of the continuing initial phases, with groups aged 55 to 70, and 71 and over.

Moderna, Inc., of Cambridge, Mass., developed the vaccine in collaboration with the National Institute of Allergy and Infectious Diseases.

Moderna reported that all 45 volunteers received two doses of the vaccine.

"I think the results are such that they are being used to plan a next-stage, larger study with selected doses and looking at vaccine side effects that are less frequent", Ernst said.

The only side effect of the drug administration was minor redness and slight pain from the site of the injection to those who received a higher dosage.

In addition, the company reports that in a preliminary analysis, antibodies from eight of the participants (four given the low dose and four given the medium dose) appeared to neutralize the virus in the lab.

Moderna stated that the antibody levels seen were on a par with - or greater than, in the case of the 100-microgram dose - those seen in people who have recovered from Covid-19 infection.

But studies have shown antibody levels among people who have recovered from the illness vary enormously; the range that may be influenced by the severity of a person's disease.

Antibodies produced were also shown to be effective at fighting the virus in test tubes.

As we've written before, a Phase I trial primarily tests how safe a vaccine is, rather than whether it is effective.

The promising results that Moderna reported were just a sample from the small, first study created to look at the safety of the shot in human volunteers. How many doses might be ready is not clear, but Zaks said, "We're doing our best to make it as many millions as possible".

Get all the latest news on coronavirus and more delivered daily to your inbox.

"That's very early. We don't know if those antibodies are durable", Anna Durbin, a vaccine researcher at Johns Hopkins University, told STAT News. The results of Moderna's early trial have not been published.

However, more than 100 vaccines are under development globally, according to the World Health Organisation with at least eight undergoing human trials.

The challenge is not only finding a safe and efficient vaccine, but also producing billions of doses.