Coronavirus task force briefs - but not at White House 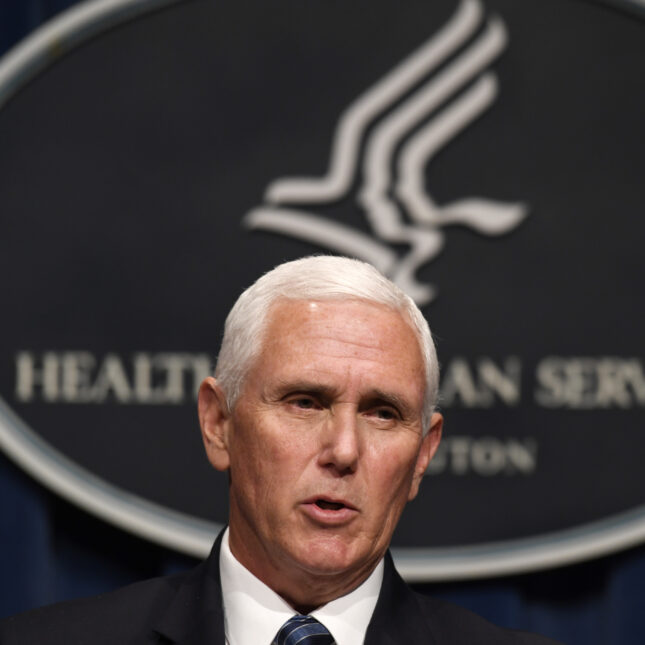 And although Vice President Mike Pence remained upbeat, the top infectious diseases expert warned there is a serious problem.

Amid the surge, the White House coronavirus task force, led by Vice President Pence, held its first briefing in almost two months, signaling a recognition that the administration's can't ignore the alarming increases.

Vice President Mike Pence, while acknowledging the very basic of facts, including that over 126,000 Americans have died from the coronavirus and the US having about 2.5 million cases.

He said that two months ago they saw that 15% of new cases were being hospitalized, and "now that number is averaging 5% around the country".

Or, that 34 states across the country are seeing "a measure of stability", which is false since cases are on the rise in more than half the states.

"I just encourage every American to continue to pray", Pence said in closing.

The White House's novel coronavirus task force pegged a massive spike in COVID-19 in 16 states on more infections among younger people as well as increased testing.

And Pence stated that "to one extent or another, the volume of new cases entering is a reflection of great success in expanding testing across the country", yet many states are seeing increasing percentages of positive tests, which are indicative of true increasing levels of infection in the community.

But "we still have work to do", he added, and called on younger Americans in particular to continue to follow the guidelines to reduce the spread. But number of states in the West and South - - including Texas, Florida and Arizona - have seen significant increases in cases and are holding up or rolling back their reopenings.

In Texas, Gov. Greg Abbott ordered a halt to elective surgeries in the hardest-hit counties over concern for hospital bed space and asked all Texans to wear a mask, wash their hands regularly and stay apart from others. The same month, he toured a mask factory without wearing a mask.

Pence defended the president's decision on Friday, saying that proper steps such as temperature screening had been taken, and that freedom of speech as well as the right to peaceably assemble should be assured especially ahead of the election.

The return of the briefing was a sign that the administration knows it can't ignore growing anxiety over the increased number of cases as governors in some states pause or delay reopening.

"This is a tragedy, and moreover, it's not presented as a tragedy - it's presented as, ' We did a really good job and now there are a couple of hotspots". "All 50 states are opening up safely and responsibly", Pence said.

'The the fact is we did slow the spread.

"We are in the midst of public health disaster, despite what you heard", CNN chief medical reporter Dr. Sanjay Gupta said after the briefing. In addition to prayer, according to health officials, Americans can prevent a spike in deaths by staying away from each other and covering their mouths when in public.