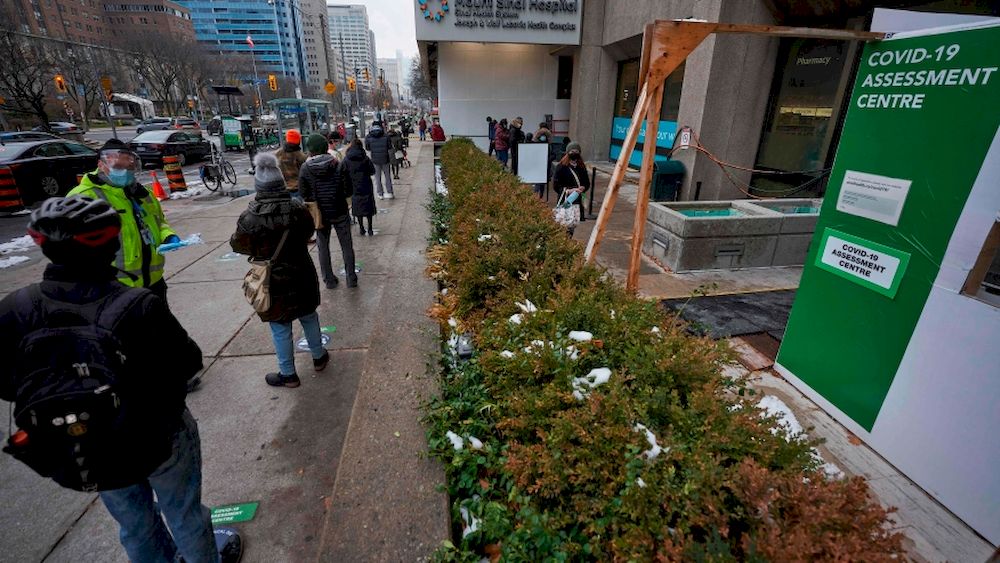 Premier Doug Ford has confirmed he will be pulling the emergency brake for all 34 public health units in the province. The shutdown will force some non-essential services, including in-person dining, personal care services, and gyms, to close.

Essential services will remain open with capacity limited to 50 per cent, while non-essential shops will be reduced to 25 per cent.

Ford defended his decision at the time, saying he was "very, very concerned", adding that "we're loosening it up, just a little bit".

"Two weeks ago, medical officers of health were out discussing the fact that outdoor gathering is good for mental health and is a safe way for people to congregate and here we are, less than two weeks later, being told there's a potential we'll be shut down again", he said. "We need more time for our vaccine program to take hold".

The third wave of the COVID-19 pandemic in Ontario is being driven by variants of concern and younger people are being hospitalized.

The last time the province reported a daily case total above the 2,500 mark was on January 22, during the height of the second wave, when 2,662 infections were reported. "We want people to be able to go outside and enjoy the outdoors, assuming that everyone continues to follow the public health safety precautions".

But health officials argued that the situation in Toronto would be much worse if not for its lockdown, because the virus is more contagious than it was earlier in the pandemic. All Waste Disposal Sites remain open, regularly scheduled hours, and emergency services remain in operation.

Indoor or outdoor sports and recreational fitness must also cease operations, with exceptions including high-performance athletes and access to physical therapy for a person with a disability.

Capacity at weddings, funerals and religious services, rites or ceremonies is limited to 15 per cent capacity per room indoors.

"I won't hesitate to lock things down if we have to". "I know it is hard the past year, it is painful for everyone and it has hurt a lot of people but we have to do it and I am convinced 100 per cent that if we don't do it we will be in deep, deep trouble".

Ontario hospitals are under strain, Brown said, with some entire families ending up in intensive care.

"I don't know why we're waiting for the cabinet to have a conversation about politics versus public health", she said.

"We are in a desperate race against an extremely aggressive and more deadly virus".

Almost one in six Canadians have now received at least one dose of a COVID-19 vaccine, with 5.1 million people vaccinated as of Thursday morning, according to Health Canada, which noted about 690,000 of those have received both doses.