Global manufacturing is slowing, with U.S. activity at decade low 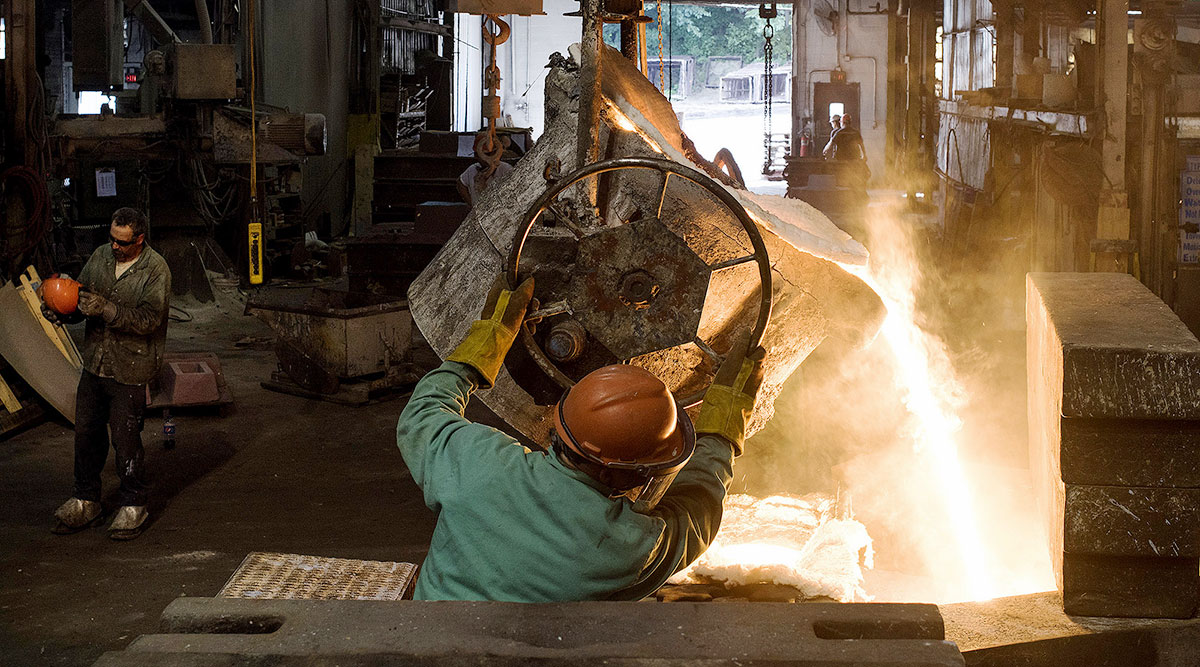 "Overall, sentiment this month remains cautious regarding near-term growth". The bad news followed a shocking set of IHS Markit data, which showed eurozone manufacturing activity slowed to nearly a seven-year low in September. Analysts had expected September's numbers to come in at 50.1. Many analysts had forecast a rebound, but it has yet to materialize.

The latest disappointing manufacturing data confirmed that Washington's tariffs against imports from China and other trading partners continued to take a toll on American businesses and the overall economy.

"In the interim we have not found viable option that meets our customer's expectations and required volumes", said G&S Metal Products Co., Inc., a manufacturing company based in Ohio.

"Clearly, the manufacturing sector is bearing the brunt of the US/China trade war and resulting softness in the global economy", said Stephen Stanley, chief economist at Amherst Pierpoint Securities, in a note. "On the whole I don't think we need to change our view that the USA economy remains relatively solid", he added.

The unexpected drop in the Institute for Supply Management's closely-watched index was another worrying sign for the United States economy, amid President Donald Trump's trade war with China, slowing consumer spending and weaker sales of major factory-made goods.

A wake-up call from the US heartland has spooked Wall Street by raising fears of a recession that will push equities into a correction. What's the strategy now?

"We have now tariffed our way into a manufacturing recession in the USA and globally", Peter Boockvar, chief investment officer at Bleakley Advisory Group, told CNBC.

Fotios Raptis, a senior economist at TD Economics, suggested that the USA economy could be headed for a downturn if the ISM manufacturing index dropped even lower. "We are actively pursuing alternate sources for our China-based production", one respondent said.

"This survey is a not consistent with recession across the whole economy", he said in an analysis. Greater weakness may threaten President Donald Trump's re-election prospects in 2020. "The New Orders Index registered 47.3%, an increase of 0.1 percentage point from the August reading of 47.2%". The export order portion of the index hit 41.0, the third straight month of contraction. And for companies that have a global export product, or a high portion of input costs coming from China, that have yet to make a plan, that falls on them for not being proactive. "Job creation may also be hampered", the WTO warned.

The second straight reading below 50 - the line separating expansion and contraction - extends the drop from a 14-year high just over a year earlier and raised concern about a recession even after two straight interest-rate cuts from the Federal Reserve.

The manufacturing employment index decreased to 46.3 in September from 47.4 in August. These are further indicators that there is an issue with the current direction of the economy.

"But the warning signs here are clear enough".

"As I predicted, Jay Powell and the Federal Reserve have allowed the Dollar to get so strong, especially relative to ALL other currencies, that our manufacturers are being negatively affected", Trump said on Twitter. Another rate cut from the Fed before the end of 2019 is being given an 85% chance; and at next month's meeting is back up to a 62% implied probability.