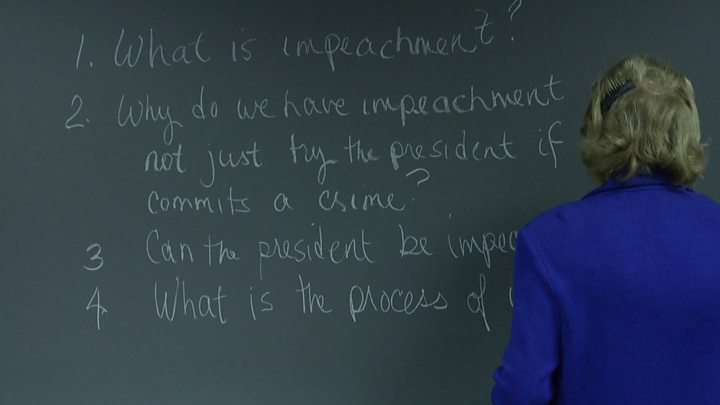 At the time of the call, the Trump administration was withholding almost $400m in military aid from Ukraine.

The full Democratic-controlled House is expected to vote on the charges, or articles of impeachment, next week.

Trump has denied any wrongdoing.

The main script from here appears clear - a quick vote in the Judiciary Committee, followed by one on the floor of the House of Representatives; presidential impeachment and a Senate trial.

The first article revealed by committee chief Jerry Nadler accuses Mr Trump of abuse of power and the second accuses him of obstructing Congress. "The President will address these false charges in the Senate and expects to be fully exonerated, because he did nothing wrong", says Grisham.

Removal from office is unlikely, given that conviction requires a two-thirds vote in the 100-member chamber, and no Republicans have yet signaled they would side with Democrats against the president.

In advance of the hearing, Nadler sent a letter to the White House late Sunday officially forwarding the House intelligence committee's report along with additional evidence supporting impeachment.

Doug Collins, the top Republican on the committee, said the Democrats had failed to make their case that Trump had sought to pressure Kiev to dig up dirt on a political rival, and that they were mostly acting out of dislike for Trump.

"It is an impeachable offense for the President to exercise the powers of public office to obtain an improper personal benefit while ignoring or injuring the national interest", Nadler said.

But the episodes detailed in the Mueller report are expected to be incorporated into the charges that Democrats are laying out on Tuesday.

"President Trump directed a months-long scheme to solicit foreign help in his 2020 re-election campaign, withholding official acts from the government of Ukraine in order to coerce and secure political interference in our domestic affairs", said Goldman.

"The framers of the Constitution prescribed a clear remedy for presidents who so violate their oath of office".

This is the fourth time in history Congress has moved to impeach a president. The former MA governor and Republican presidential primary candidate began his career in government as a lawyer for the House of Representatives' impeachment staff during the proceedings against Nixon back in 1974. If all the articles are rejected, the president is acquitted.