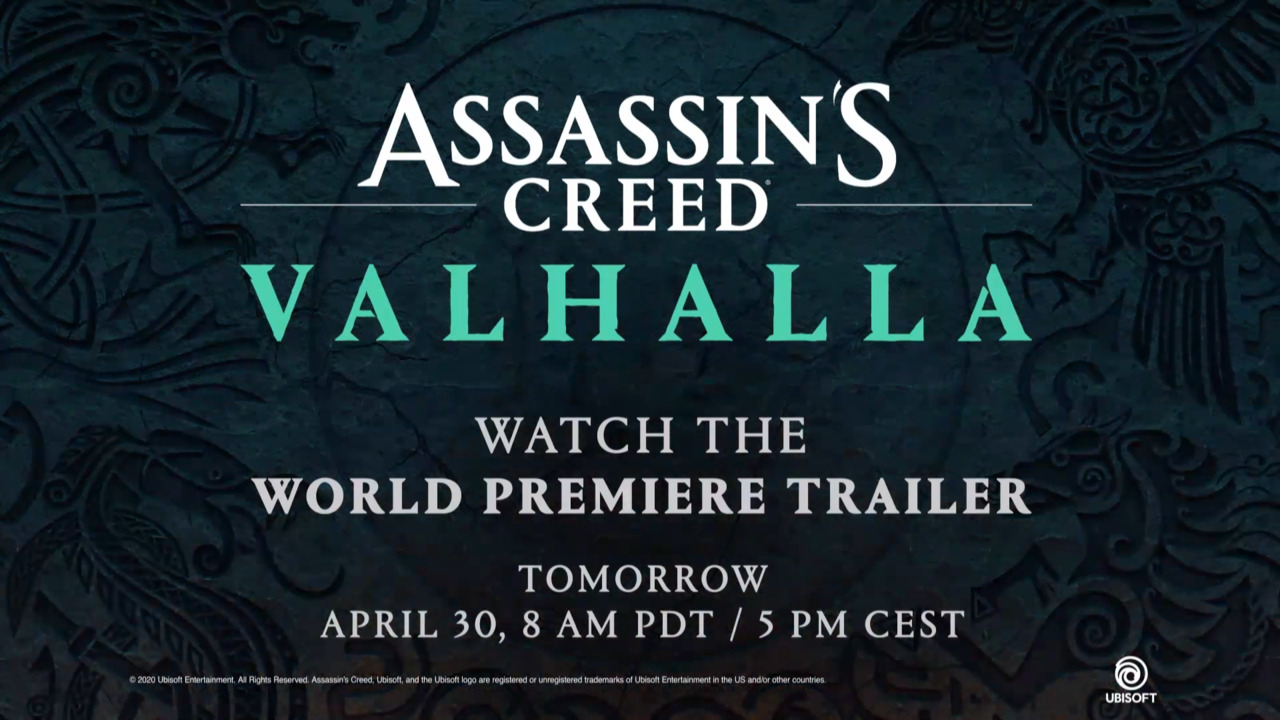 Assassin's Creed Valhalla is due to release this Holiday for PS5 and PS4.

The Assassin's Creed: Valhalla teaser stream which aired basically all day today concluded with another teaser for tomorrow, and it looks like this is the big one. The ongoing collaboration features the artist live painting an artwork that will reveal the game's setting, and most likely its main protagonist as well.

In a live stream that's been going on since 8 AM Eastern (13:00 United Kingdom time) on YouTube, artist Bosslogic is digitally painting a piece of art for the next Assassin's Creed game. The afternoon has come and now the game has an official title. The last time the franchise visited the British Isles was in 2015's Assassin's Creed Syndicate, which was set at the tail end of the industrial revolution.

Understandably, some fans are not happy with these changes, typing "No RPG" in the Twitch chat to protest against the inclusion of RPG elements in the new game.

After years of waiting, and months of silence, we now know that Assassins Creed Valhalla is coming! We're also expected to see more supernatural elements this time around. Following criticism that the series was saturating after the release of Assassin's Creed Unity, Ubisoft took a year-long break from releases in 2016, followed by the release of Origins in 2017. All we've got at this point is some nice wallpaper courtesy of BossLogic, but the debut trailer will be revealed tomorrow, April 30, at 8 am PT.