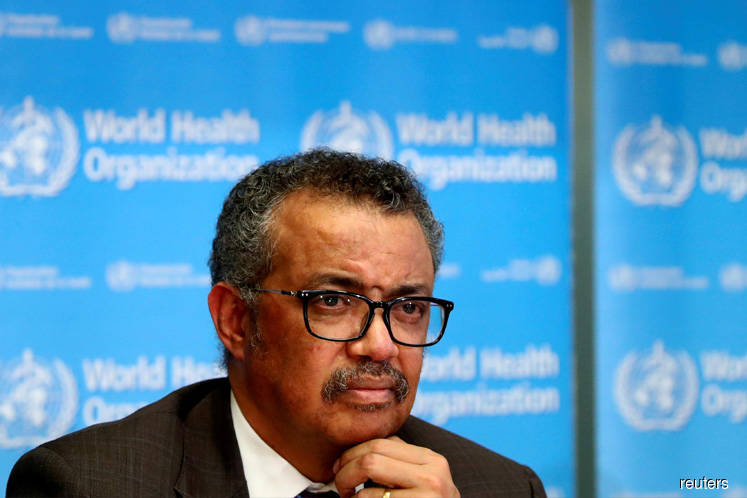 The World Health Organization (WHO) has changed its advice on face masks, saying they should be worn in public to help stop the spread of coronavirus. One recent systematic review found that the proportion of asymptomatic cases ranged from 6% to 41%, with a pooled estimate of 16% (12%-20%), although most studies included in this review have important limitations of poor reporting of symptoms, or did not properly define which symptoms they were investigating.

Coronavirus has infected over 7 million people globally, as per data from the Johns Hopkins University. Reports claimed that more than 403,000 people lost their lives due to the deadly virus across the globe.

The United States is the worse-affected, with nearly 2 million cases, followed by Brazil, Russia, the United Kingdom and India. But the World Health Organization also warned of the safety risk these protests bring, and that all who are involved in the protesting should do so safely. "Although the situation in Europe is improving, it is getting worse on a global scale", Ghebreyesus said.

Van Kerkhove added that- governments should respond by focusing on detecting and isolating infected people with symptoms and tracking anyone who might have come into contact with them. "Yesterday, more than 136,000 cases were reported - the most in a single day so far".

Addressing a virtual press conference in Geneva, where the United Nations body is based, Tedros warned against complacency.

At a WHO press conference on June 3, Michael Ryan, an infectious disease epidemiologist and the executive director of the WHO's Health Emergencies Programme, said WHO still believes that masks should primarily be used "for purposes of source control - in other words, for people who may be infectious, reducing the chances that they will infect someone else". These protests have sparked fears of a second wave of the virus.

Speaking on protests in the USA, which were sparked after a black man George Floyd died in police custody last month, he said, "WHO fully supports equality and the global movement against racism. We reject discrimination of all kinds", Tedros said.

"We also encourage countries to strengthen the fundamental public health measures that remain the basis of the response: find, isolate, test and care for every case, and trace and quarantine every contact", said Tedros.

Dr Tedros gave a special message to those protesting on the streets, calling for demonstrators to practice social distancing, wear masks, wash their hands, cover their coughs and stay home if they are sick.

But Dr Maria Van Kerkhove, the WHO's technical lead for Covid-19, advised a press briefing yesterday that information from worldwide locations that had carried out detailed monitoring and following up of contacts, there was little proof of true asymptomatic spread.