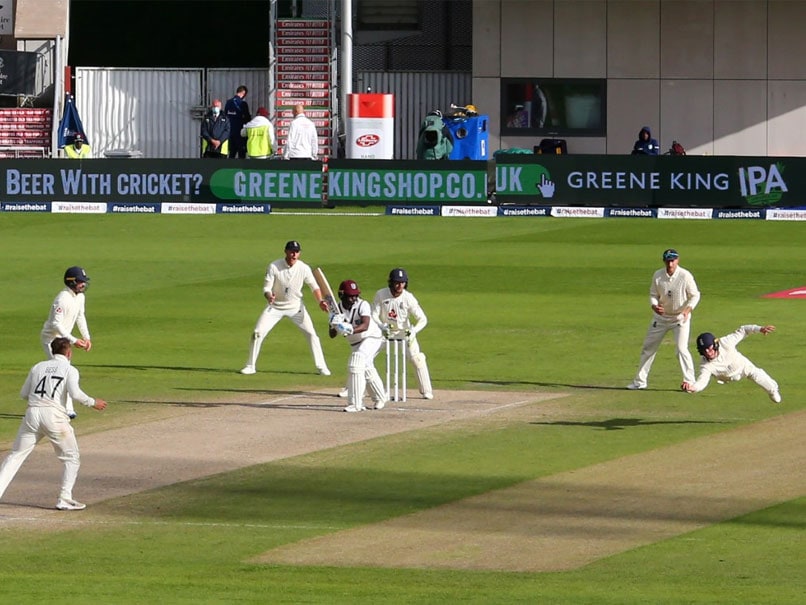 Surrey's Pope made his England debut as a 20-year-old against India in 2018, but was left out after playing only two matches.

Buttler has just scored a total of 84 runs in four innings of the ongoing series including the highest score of 40 runs in the last Test's first inning.

The Wisden Trophy, first introduced in 1963 to commemorate the 100th edition of the Wisden Cricketers' Almanack, will now be retired and will be displayed at the MCC Museum at Lord's where it has traditionally been kept. You just go back to your room. "I was a little bit anxious I wouldn't be able to offer everything I could with the ball, especially in the first innings".

But Root, speaking at the toss, insisted: "Jofra is ready to play".

"It's a massive compliment, especially from an ex-captain and one of the greats", Pope said. "I'm proud to have my name on one side of the trophy with him on the other side", he added.

Sibley, who had frustrated the West Indies with a near eight-hour hundred in the second Test, was lbw playing across the line to a full-length delivery from Roach. England were 66/2 at lunch, with opener Rory Burns 33 not out and Ben Stokes, the batting hero of their second-Test win, on seven.

An edged cut off Chase flew to first slip where the giant Cornwall, belying his 6ft 6in and some 22 stone frame, demonstrated brilliant reactions to hold an outstanding one-handed catch. The series is now squared 1-1.

Victory for the West Indies would see them secure a first Test series win in England for 32 years.

Sir Ian Botham and Sir Viv Richards were great friends at Somerset and great rivals on the global stage and will now be recognised with a new prize for their successors to fight over.

West Indies paceman Shannon Gabriel started for the third straight match this series and spent some time off the field with an apparent hamstring strain after pulling up during his fourth over. He returned, to the relief of captain Jason Holder, but was yet to take a wicket.

Broad was retained after marking his England recall with six wickets in the second Test as was off-spinner Dom Bess.

That left England with their final pair of recognised batsman in a weakened line-up at the crease but Pope in particular played with great freedom, though he was fortunate that a skied top-edge into the leg side fell short of Chase's full-length dive.