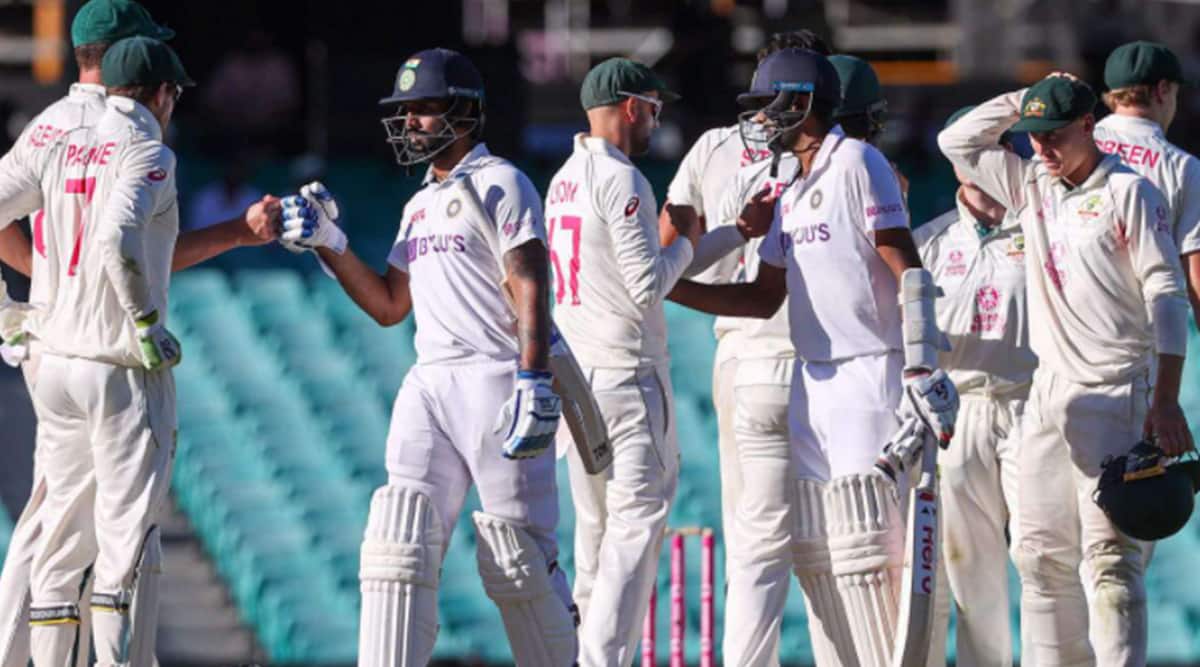 Indian coaching staff, Siraj and Bumrah were seen holding intense discussions with officials from Cricket Australia, ICC representatives and stadium security after the end of the third day's play at the SCG.

Pat Cummins of Australia celebrates after taking the wicket of Cheteshwar Pujara of India during day three of the third test.

India's team staff initially reported racist abuse against seamers Jasprit Bumrah and Mohammed Siraj on Saturday, before play was stopped for 10 minutes on Sunday when Siraj informed the umpires of further abuse while he had been fielding on the boundary edge.

Australia's Steve Smith swings and misses the ball during play on day three of the third cricket test between India and Australia at the Sydney Cricket Ground, Sydney, Australia, Saturday, Jan. 9, 2021.

No team has ever bettered 288 to clinch victory in the fourth innings at the Sydney Cricket Ground, with Australia achieving that mark against South Africa in 2006.

At stumps, India were 98-2, having lost openers Shubman Gill (31) and Rohit Sharma (52) after the pair had shared a promising 71-run stand.

Cricket Australia's head of integrity and security Sean Carroll described the incident as "not acceptable" and says the sport's governing body has launched a full investigation.

Cricket Australia issued an apology to India and said anyone found guily of racist abuse would face a ban.

The complaints overshadowed Australia's progress in its second innings.

Marnus Labuschagne (73 off 118 balls) once again batted positively during his second century partnership of the match (103 runs) with mentor Smith, who employed a more cautious approach.

Ravindra Jadeja was next on the list to bat, waiting in his protective kit in the pavilion despite his fractured thumb, but was not needed as India ensured the series remained all square heading into the final Test, now confirmed to take place in Brisbane, from January 15.

Australia had taken the upper hand in the match after scoring 338 in their first innings and then dismissing India for 244. "We've seen it in different parts of the world and I'm really sad to see it happen in Australia".

Tim Paine talked the talk but couldn't walk the walk in a heated final session of the gripping SCG Test.

Matt Wade made four runs from 11 balls before he edged behind to substitute wicketkeeper Wriddhiman Saha off Saini, who is making his test debut. He was caught by Mitchell Starc in the deep.