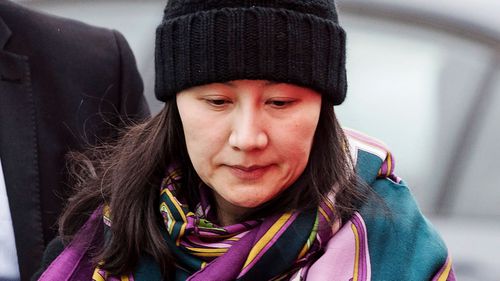 Spavor, who lived near China's border with North Korea and arranged cultural exchanges, was detained in 2018 along with former Canadian diplomat Michael Kovrig, days after Canadian authorities arrested Huawei executive Meng Wanzhou in Vancouver at the behest of US officials seeking her extradition on fraud charges related to the company's dealings in Iran.

The two were detained in December 2018, days after Huawei executive Meng Wanzhou was arrested at the request of the USA at the airport in Vancouver, British Columbia.

Prime Minister Justin Trudeau reacted angrily Friday to the closed-door trial of a Canadian man detained in China for more than two years on espionage charges, dismissing it as "completely unacceptable".

In a statement, Canada's Minister for Foreign Affairs, Marc Garneau, said the country's embassy in Beijing "has been notified that court hearings for Michael Spavor and Michael Kovrig are scheduled to take place on March 19 and March 22, respectively".

AP reports Canada said its consular officials were refused permission to attend the proceedings against Spavor, who is defending himself against charges of stealing state secrets.

A court statement said that the "private hearing" had finished and that the court would "select a date to announce the verdict".

"The arbitrary detention of Mr. Kovrig and Mr. Spavor is a top priority for the Government of Canada and we continue to work tirelessly to secure their immediate release", Garneau said in a statement.

"I can certainly say that in Canada we are a country of an independent justice system that values transparency as part of the process in terms of ensuring that justice is fair and done properly".

Western media outlets also say it can not be a coincidence that China held Spavor's trial on Friday, at the time top USA and Chinese diplomats began talks in Alaska.

Sino-Canadian relations soured after the arrest of Meng and two Canadian nationals in China and have been further exacerbated by Ottawa's condemnation of Beijing's national security law implemented in Hong Kong and alleged human rights abuses in Xinjiang province.

After pointed opening remarks on Thursday from Blinken about China's challenge to a rules-based global order, China's top diplomat Yang Jiechi lashed out with a speech criticising USA democracy, and foreign and trade policies.

China has demanded Meng's immediate and unconditional release, saying the US engineered her detention as part of a drive to contain China's growing rise.

A Chinese foreign ministry spokesperson, Zhao Lijian, said on Friday that cases involving state secrets were not open to the public. The U.S.is seeking her extradition to face fraud charges related to her company's dealings with Iran.

The trial of Michael Spavor apparently concluded in China on Friday.

Spavor's family have called for his unconditional release, insisting that he was innocent of the accusations and had done much as a businessman to "build constructive ties" between Canada, China and North Korea. "On the one hand, the Canadian side claims that it upholds the rule of law, but on the other hand, it makes irresponsible remarks with regards to China's handling relevant cases in accordance with law".

"He loved living and working in China and would never have done anything to offend the interests of China or the Chinese people".

The two Canadian men have had nearly no contact with the outside world since their detention.