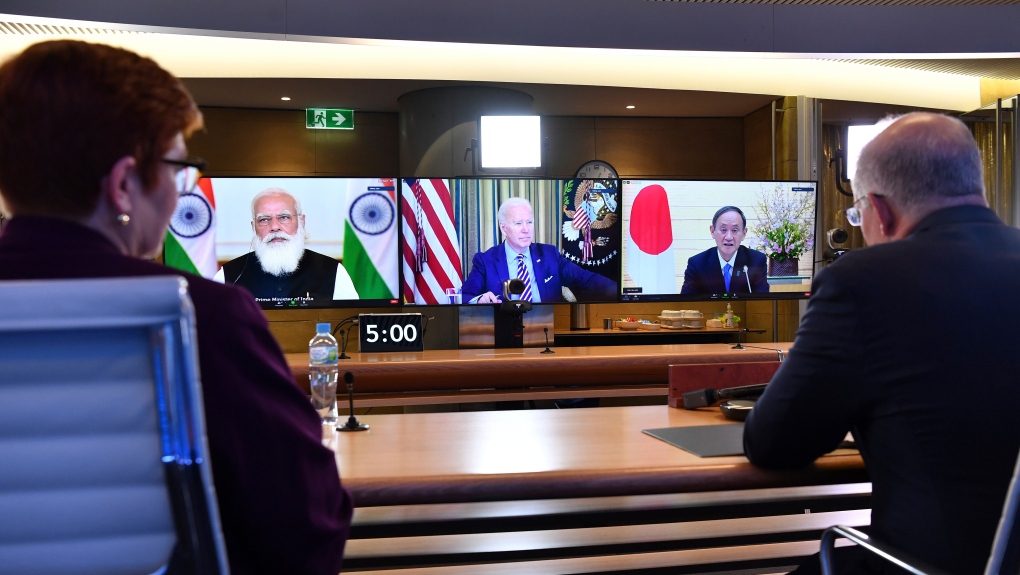 A United Nations human rights panel has estimated that as many as one million Uyghurs have been held in detention centres - what China has called vocational training centres - and reports have emerged about Beijing's efforts to slash this ethnic minority's birth rate through mass sterilization, forced abortions and mandatory birth control.

The coordinated campaign is a show of unity against what the United States and Canada's Parliament have labelled genocide against the Uyghurs in China's northwest Xinjiang region.

In a statement, China's Ministry of Foreign Affairs announced it would endorse sanctions against the individuals and four European Union entities for "maliciously spreading lies and false information".

The ministry announced sanctions against 10 individuals and four institutions, saying that they and their family members would be barred from entering mainland China, Hong Kong or Macao and cut off from financial dealings with those areas.

The sanctions were among a raft of actions by European Union foreign ministers targeting alleged human rights offenders around the world.

The bloc placed Myanmar junta chief Min Aung Hlaing on an assets freeze and visa ban blacklist over the military coup last month and crackdown on demonstrators, the bloc's official journal said. Together with the listing of four Russian individuals earlier this month, these 15 designations are part of the first broader package of listings under the EU Global Human Rights Sanctions Regime.

The administration of President Joe Biden has been stepping up efforts to rally US allies and partners to counter China, viewing the Asian giant as posing serious challenges to the stable and open global system the United States is defending. Both are trying to maintain a delicate-and frequently divisive-balance by confronting China on human rights and other issues while pursuing trade and investment.

Biden's policy for Beijing is centred around aligning with strategic partners, in what many U.S. officials calls the "Europe roadshow".

Canada, meanwhile, is in the crosshairs of the U.S.

Detainees photographed in a camp in Lop County, Xinjiang China.

On Jan. 12, Canada and the United Kingdom together announced a set of measures related to the human rights situation in the Xinjiang that prevent the risk of goods produced by forced labour from any country from entering Canadian and global supply chains, and to protect Canadian businesses from becoming unknowingly complicit. The sanctions, however, haven't deterred Beijing, which has continued its clampdown in Hong Kong and Xinjiang, and numerous blacklisted Chinese officials are believed to have few assets overseas.

"Nowhere in the world have unilateral sanctions actually led to a democratic transition in the absence of a multilateral and coordinated approach", a senior administration official said.

The four officials targeted were former and current officials in the western Xinjiang region - along with the state-run Xinjiang Production and Construction Corps.

The U.S. Treasury Department also imposed sanctions on Wang Mingshan and Chen, and has previously sanctioned Zhu and Wang Junzheng.